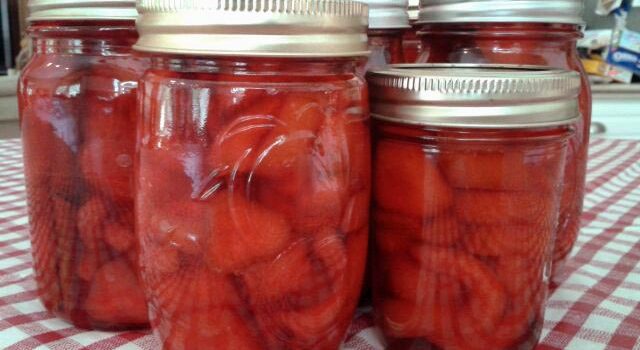 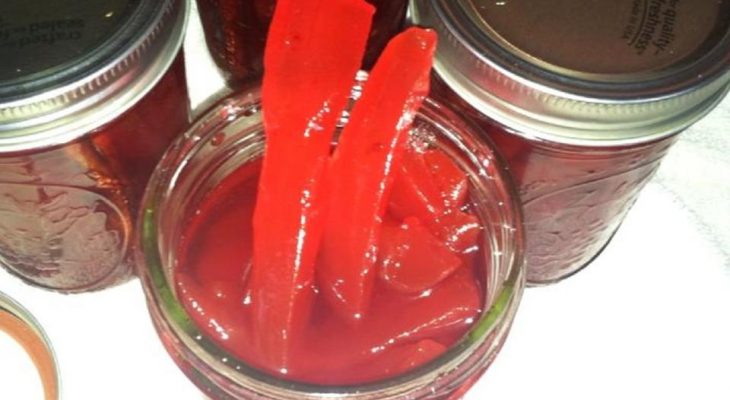 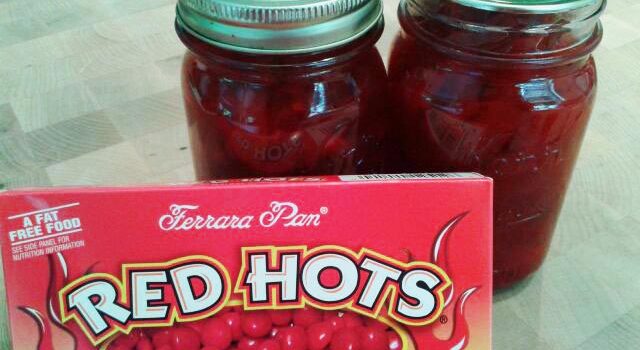 I got an email a few days ago from one of my followers, Paula, about a jar that I had seen her post a while back. I had all but forgotten it and like magic there it was,  not only the recipe  but tips for the process since she had been making quite a few batches. From Paula:
“Hi, I think I owe you the recipe for these pickles and I have a few tips now that I have made several batches of these (21 pints in all).  I took them to a party for my mother-in-law’s birthday this weekend, and the entire jar was consumed, with people clamoring for more, so I think it’s safe to say that this is a keeper recipe. This can be done over a 3 day period, which is great if you are pressed for time.” 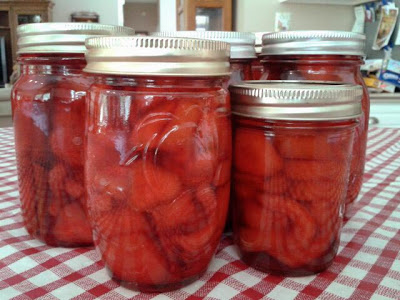 This is a three day recipe before you can them so I just wanted to warn you in case you don't have the patience.
Print Recipe Pin Recipe
Prep Time 20 mins
Cook Time 3 d
Total Time 3 d 20 mins
Course Appetizer
Cuisine American
Servings 40

Yield: 7 pint jars Here are some tips: 1.  1 pound of cucumbers peeled and seeded will yield approximately 1 pint of pickles, so you can gauge the amount of pints you will get from based on the weight of the cukes that you use.  This is a great recipe to use up overripe cucumbers, the ones that hid from you and got too big!
2.  Unless you are using 4" or smaller pickling cucumbers which have very small seeds, be sure to peel and seed the cucumbers, then slice them into 1/4" slices.
3.  It is not necessary to add the food coloring.  In the photo that I provided with the Red Hot candy box, the jar on the left was done WITHOUT food coloring, the one on the right was done WITH food coloring.  I can see no discernible difference in the two, so I don't think the addition of red food coloring is worth the expense.
4.  The original recipe called for 1 cup of candies.  The boxes are 6 ounces, so I added the contents of both boxes and am very satisfied with the results, plus this is another reason you don't need to add the food coloring.
5.  The cinnamon sticks add some aesthetic appeal, but after tasting pickles with the cinnamon stick and some without, I don't detect a difference in the taste, so the use of them is optional.
6.  Wide mouth jars are easier to pack with these pickles than small mouth.
7.  Leftover cinnamon syrup can be canned and would make a great base for a wonderful vinaigrette dressing.
Keyword Cucumber Pickles, Red Hot Cinnamon Cucumber Pickles
Share
Cucumbers Pickles
Prev Post