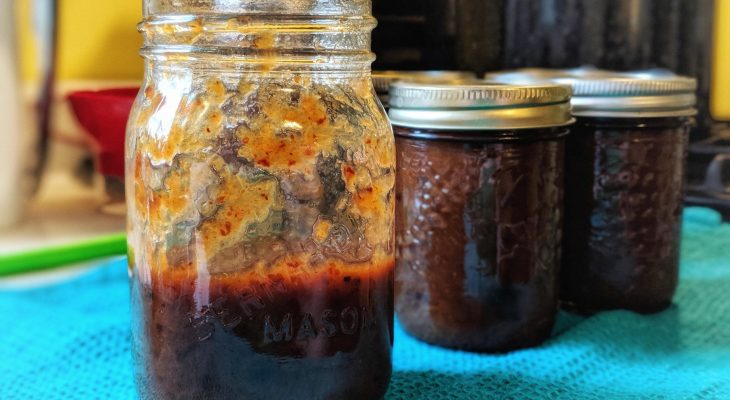 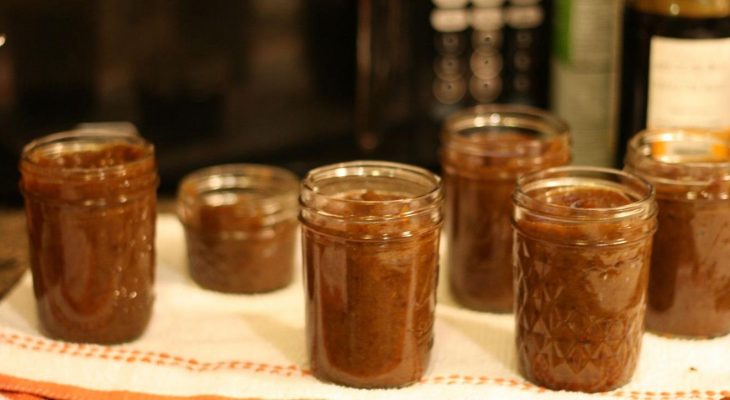 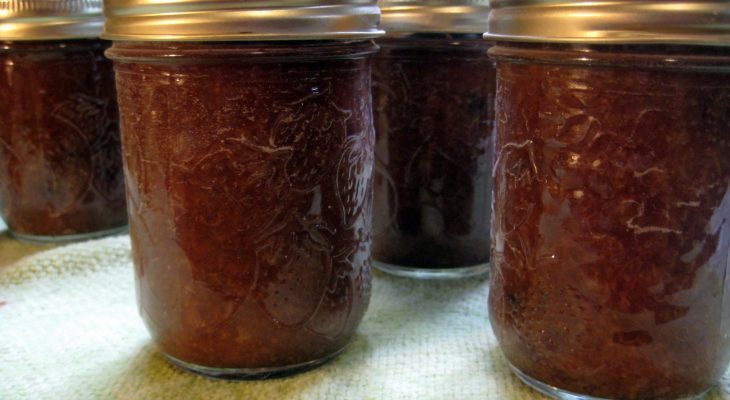 Traditionally barbecue sauces were just a way to add favor to the meat as it cooked. In the Ball Complete Book of Home Preserving under the recipe for one such “Brush on Sauce” it says:

“Victorian cooks roasted their meat in huge kitchen fireplaces and enhanced it with homemade sauces concoted from garden staples such as rhubarb. Today’s barbecue chefs can add the same fruity complements to grilled foods as they cook.”

The recipe for this Barbecue sauce is fruity and earthy flavored with the sweetness of the rhubarb and brown sugar and savory of the onions and the spices. 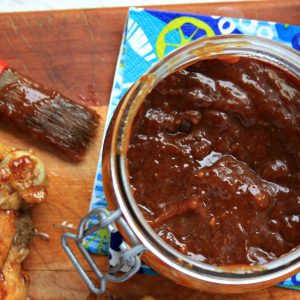 More for the Holidays – Cranberry Chutney