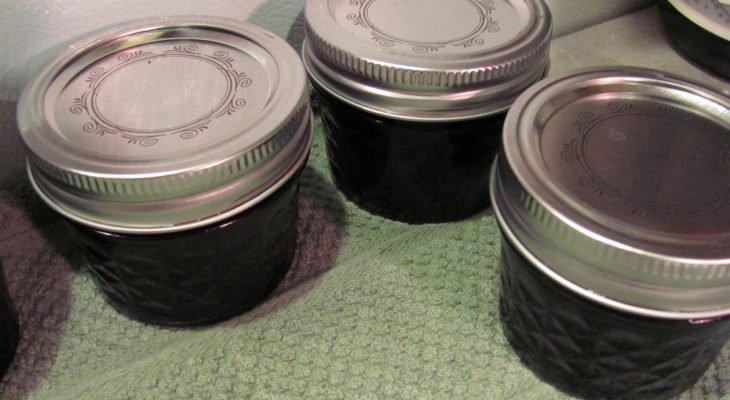 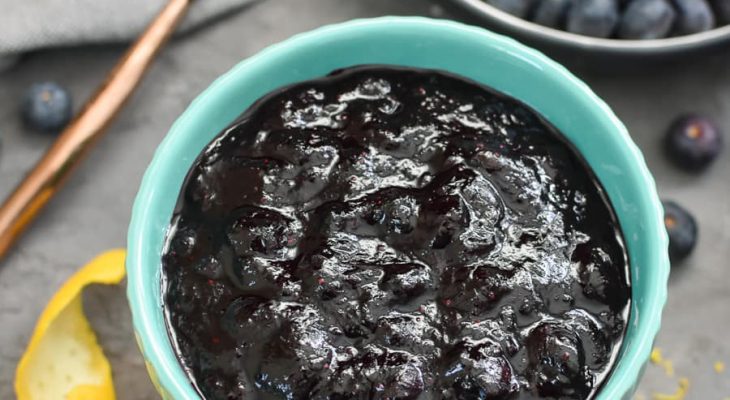 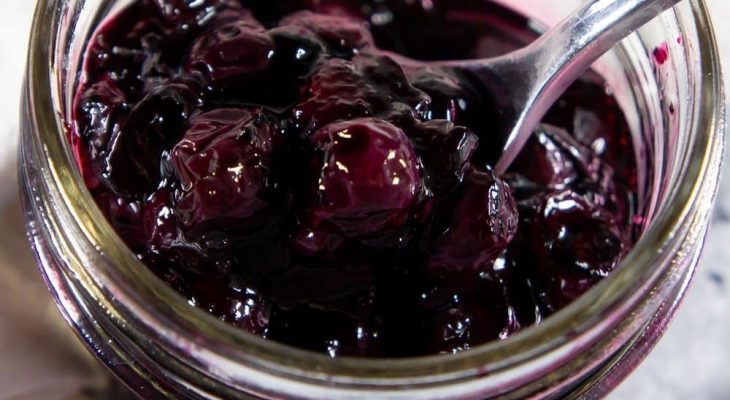 Coming to the end of the shelf life for the Better Homes and Garden Canning Magazine, August 9th, Jennifer a facebook page reader put together another of the recipes and shared her experience and photos. The Blueberry Maple Pecan Conserve was the topic of conversation a few days ago as I was telling another one of my readers that I had done a conserve previously and found that the nuts become soft and mushy over time in the jar. The response was still positive that the flavor of the nuts was still an incentive to try it.

Jennifer made this recipe and added a few adaptations, “The only thing I changed is that I used dried cherries instead of currants. The brown sugar gives it a deeper, more molasses flavor than normal blueberry jam and I love the nuttiness of the pecans. I had some today on a piece of toasted cinnamon chip bread–delish!   In the picture in the magazine, it looks like they served it on top of brie…I bet that would be good too! “.

I unfortunately do not like the taste of maple and wouldn’t do this recipe other than for experiment. I greatly appreciate Jennifer’s efforts since her commentary on the flavors and adaptations will help others with the final outcome. Thanks again Jennifer for sharing your work. 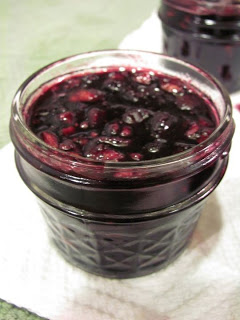 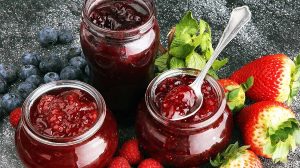 Jams and Jellies. A Brief Description 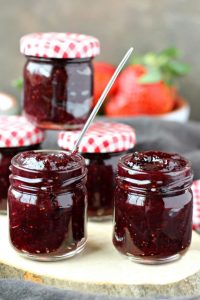 Jams, Preserves, and Conserves The Basic Jams and Jellies 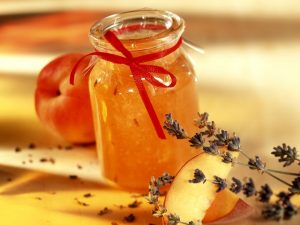