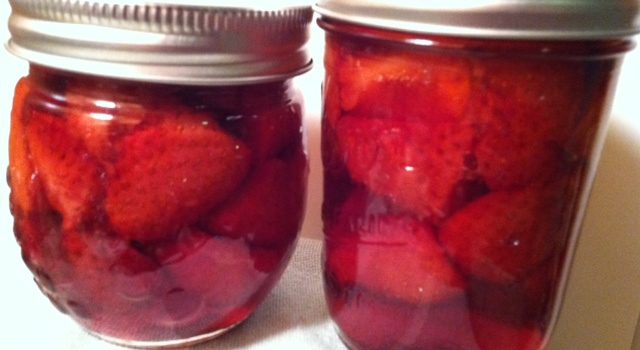 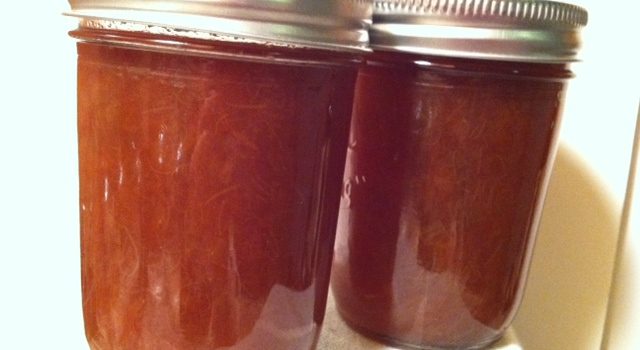 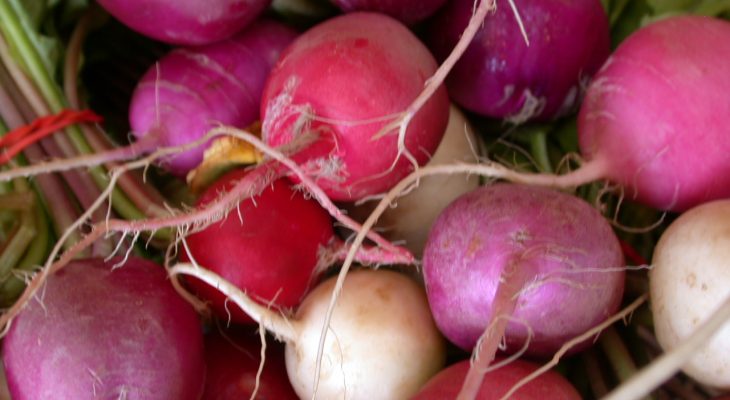 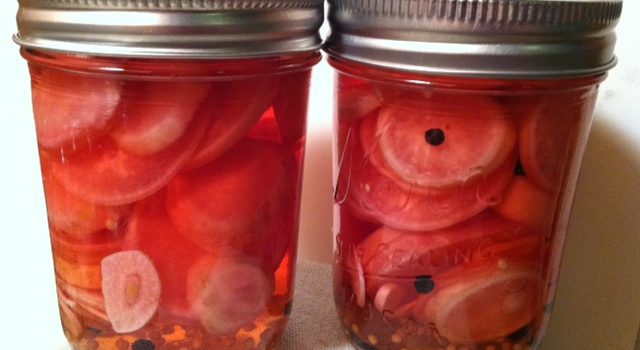 Today I was on a frenzy to get as much canned as possible before I have to go out of town on Thursday. I had some batches and recipes that I didn’t get to this weekend because of the Earth Day celebration. I finished Strawberries in Light Syrup, Pickled Radishes, Lavender Jelly, and lastly I received some more Rhubarb from my friend Mardena and new that I wanted to try the Grapefruit Rhubarb Marmalade that I posted from Canadian Living on Facebook.

I followed the instructions to the letter and had hoped that the color would be as bright and sunny as the one in their picture, but even before I started I found it difficult to image that since Rhubarb was red and the grapefruit was pink, one would think the final product would be a combination of the two. I will take a few jars over to Mardena for this great gift. Here is the recipe. 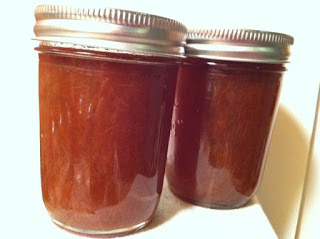 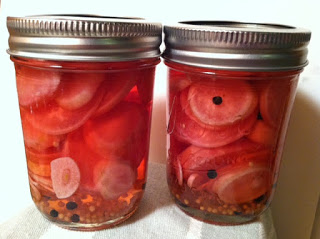 My second recipe was Pickled Radishes which someone had asked on facebook if you could can them. I found this recipe and it was super simple. Because radishes are very crisp as a vegetable they were perfect to pickle. I used a mix color bunch of radishes, but ultimately the color became pink from the skin of the red and purple ones.
Keyword Pickled Radishes
Share
grapefruit radishes Rhubarb
Prev Post

A Concentrate of My own! Blackberry Lemonade!

Black Velvet Apricots – A special treat and a beautiful jar!