Diners, Drive Ins, and Dives – An inspiration for canning 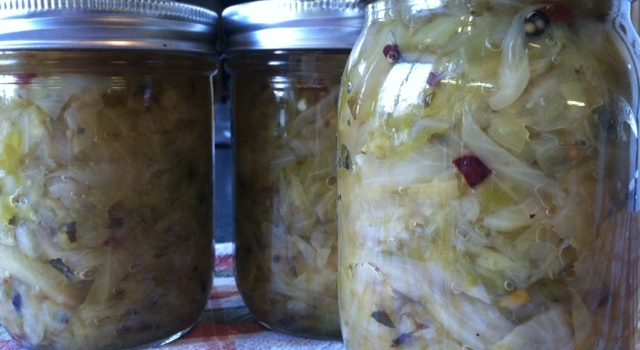 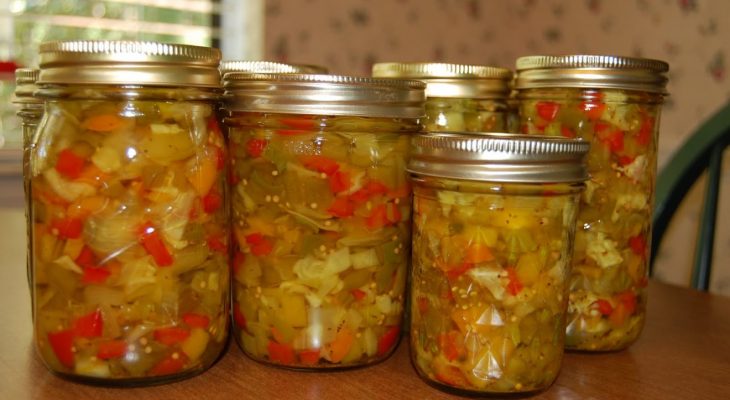 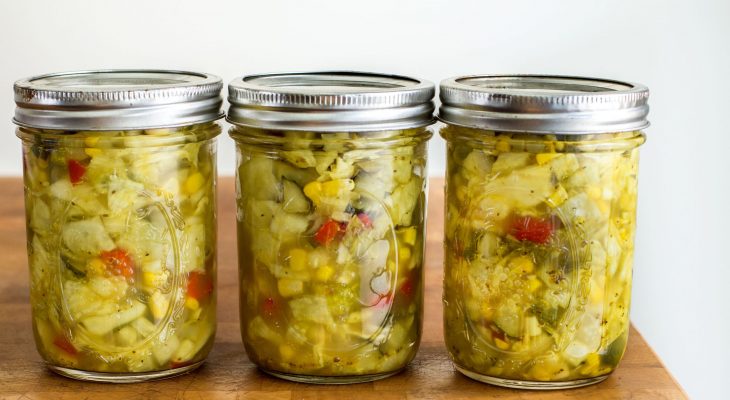 As many foodies have evolved most have at one time or another have been fixated on one of the shows on the  Food Network. My late night “laying in bed trying to get tired enough” has been the reruns for a few years of Diners, Drive Ins, and Dives with Guy Fieri. He is entertaining and love to end my day with his knowledge and endless comedy.

Last week on an episode where he visited a diner in Memphis, Tennessee called Alcenia’s they showed a “southern” chow chow recipe for cabbage that seemed out of this world. Now of course they don’t give you all the measurements of ingredients and it maybe also true that they don’t show all the steps in making it but the final picture of the mixture was the only inspiration I needed to recreate, as best I could, this fantastic recipe. No, the recipe was not on Food Network website and Alcenia’s does sell the jar of their Cha Cha (their nickname) for about $8. But one of the best parts about being a foodie is trying to recreate, coming close, and loving the final product.

I am giving you the YouTube link http://www.youtube.com/watch?v=1PpGd_80fQs so you can check it out also!  I cut the amount of the recipe but here it is and the final product is sooo good. What a treat! Enjoy. 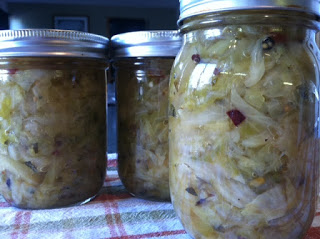 I made a batch and then had turkey polska kielbasa for dinner with one of my home made mustard.
Print Recipe Pin Recipe
Prep Time 10 mins
Cook Time 1 hr
Total Time 1 hr 10 mins
Course Appetizer
Cuisine American
Servings 40

Canning Asparagus Soup – Another great base soup for your pantry!