Home > Other Recipes > Busy in the Kitchen – Great night of Canning!

Busy in the Kitchen – Great night of Canning!

Tonight I made a great dent in my stock of jars. I completed three of the mustards and finished the batch of orange marmalade I had started last night.  The Marmalade was the only thing that I had to cook so as it simmered I completed each of the three mustards.

For the mustard recipes the links are below. I started each of the recipes by soaking the mustard seeds in the various vinegar, wines, and beer. All with different amounts of brown and yellow mustard seeds, but the key was the giving the recipe time even after canning to allow the flavors to mellow.  Below is the picture of the three recipes in the first stage of soaking in their varioous liquids. 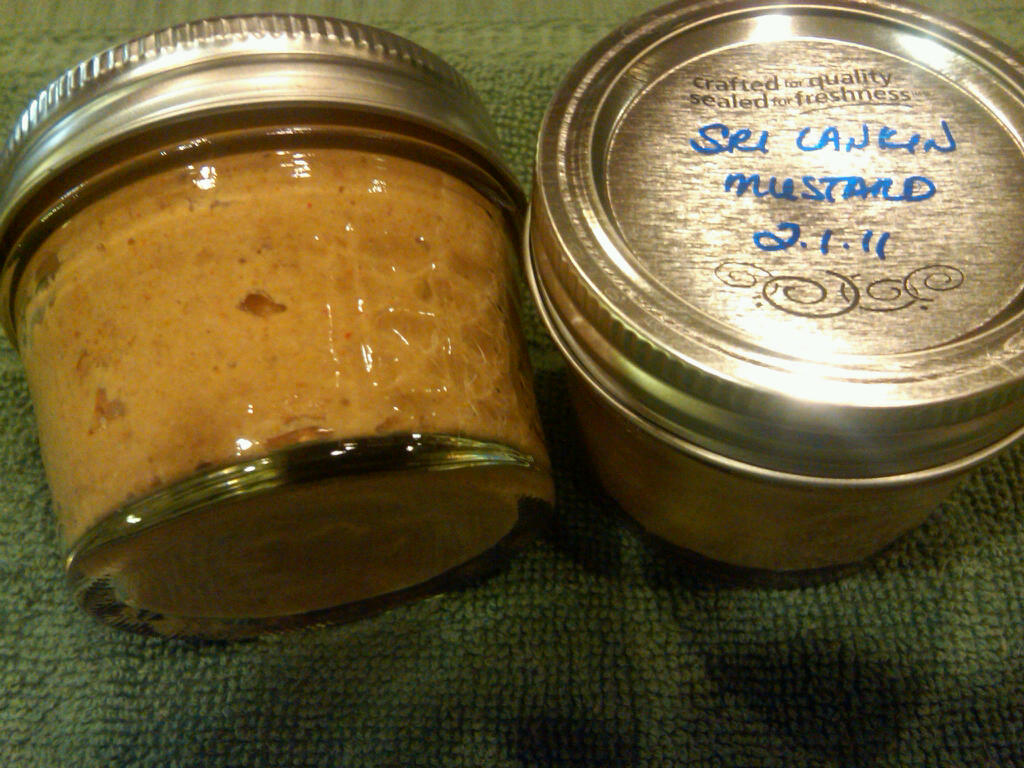 The results of the mustards were initially fantastic! The Sri Lanken has a very spicy cayenne bite and I also used at the last minute some of  my homemade cranberry vinegar to smooth out the seeds. Because it will take a few weeks for it to mellow the vinegar and mustard flavors I will try to retaste the recipe to describe the great smells and tastes that develop.

The Beer Thyme mustard turned out to be a very thick mustard similiar to the Spicy Beer Mustard I had done previously. I also didn’t realize it but I was completely out of dried thyme and decided to use sage instead. The flavors were still very strong from the vinegar and seeds and will have to report later on how they have mellowed. 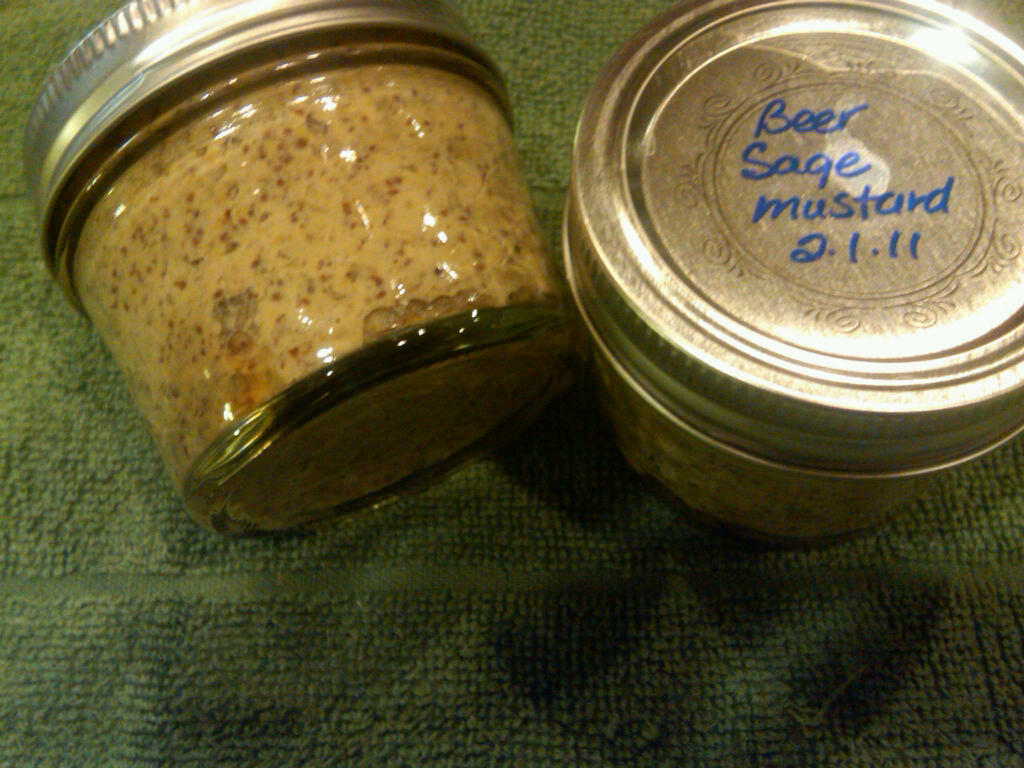 The final mustard of the night, English mustard, I used a white wine to soak the seeds and the smell of the soaking container was very inviting., I had the most luck with the blending of this mustard, but also the recipe resulted in twice as much mustard based on the recipe.

Each of the recipes filled four of the half half pints wth a bit to put into the frig to evaluate later. I just seemed to have an additional half pint of the English. 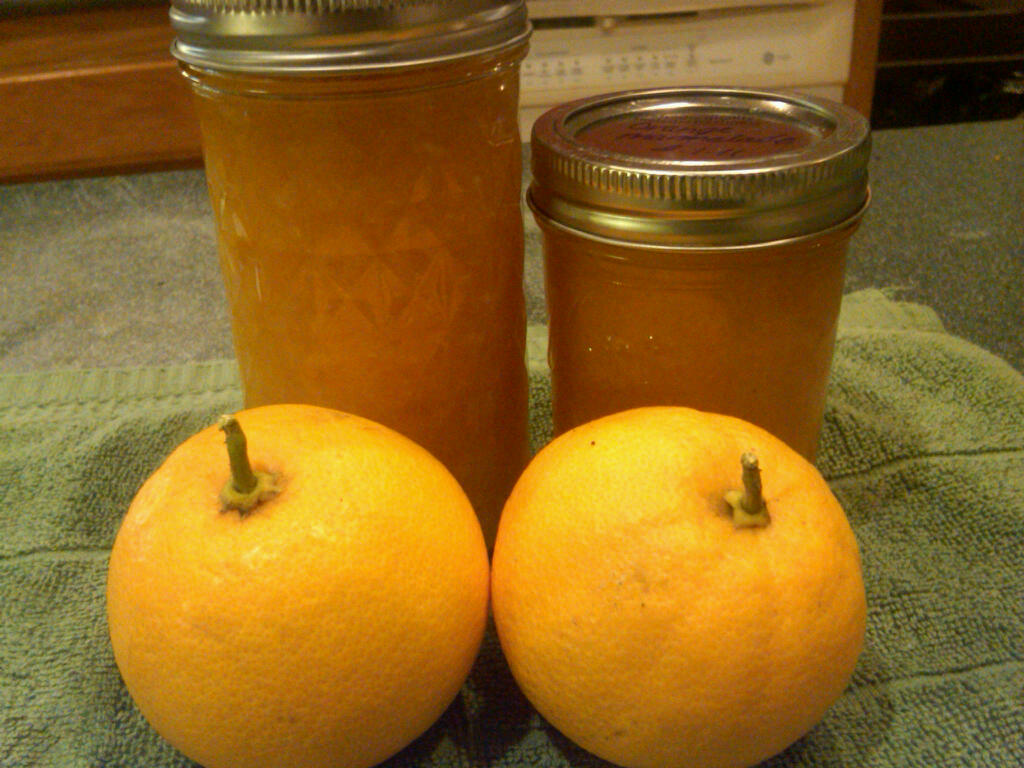 Last but not least after reaching the Gel point on the marmalade I canned the recipe without a hitch. The consistancely looked perfect on the plate from the frig.

Cranberry – An experiment in canning