Home > Paying it forward – Teaching canning to the next generation!

Paying it forward – Teaching canning to the next generation! 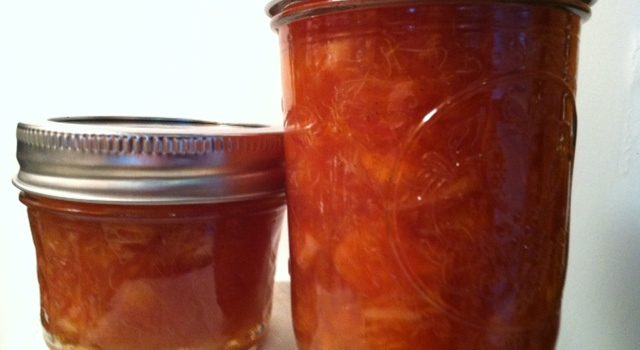 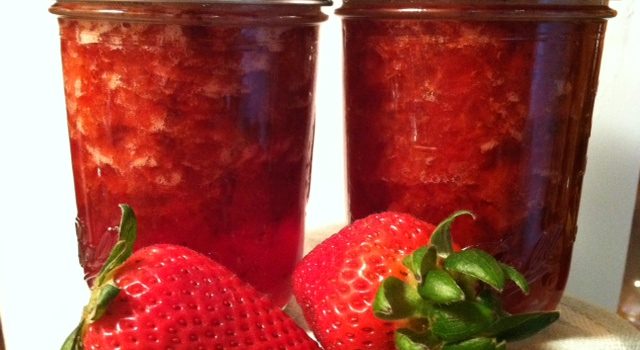 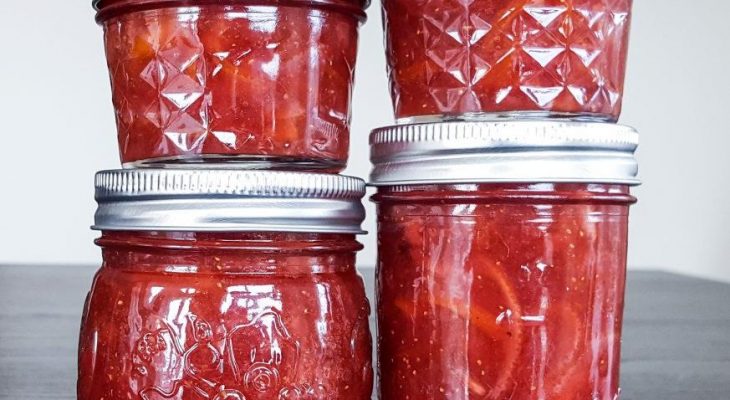 I was very excited to spend the morning with my niece Kristie. She is such a awesome soul and has such a great outlook on life and after three hours of being the in kitchen I believe she has the “canning bug”. She already has the skills in the kitchen, great with knifes and is a great baker, so this is really just a “practice makes perfect” learning experience.

I loved her enthusiasm and I fed off it all morning. I began by explaining how inexpensive the canning process can be. I explained the canning tools and type of jars, regular and wide mouth, and the applications for using both. We started with a basic strawberry jam. I used the “Canning 101” from this website so that she could follow along and take notes.

An hour later we had cooked, jarred, and processed her very first jam which turned out fantastic. One of the things we talked about was the gel stage that comes from either using pectin or cooking to the 220 degrees. As we were ladling the jam into the jar the consistency looked a bit running so I asked if we could dump the jars back into the pot and continue for some additional time to increase the gel. After an additional 10 minutes at a boil the batch looked thicker and we were both pleased.

We also discussed the foam.  In many cases canners will skim the foam to really make the jars look pretty since the foam does not affect the outcome of the flavor. Kristie chose to leave the foam.

The second batch we did we got a little more creative. I had sliced up one of the last batches of blood oranges last night and wanted to teach Kristie how to do a marmalade.  We created a exciting batch of marmalade which included two new compontents: vanilla and rum.  It was really a “by chance” during a chat about some of the recipes that I had done including brandy and I asked if she wanted to add a little something. Rum was her choice and it was a perfect combination with the oranges and vanilla. Here is the recipe. 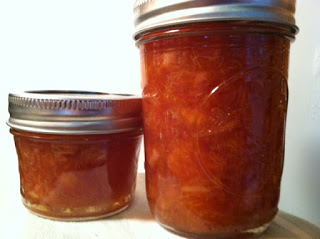 Corn Cobs? How about canning some Jelly?